Any interest group with a Web presence generally coalesces around a forum, which is where people can ask questions and others can post answers. Forums are generally divided into topics, and the Q&As are displayed in reverse-chronological order. Here's one I'm familiar with: 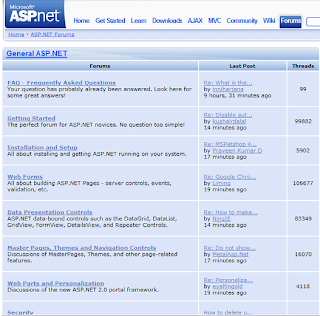 As with blogs, older posts fall off the front page. Now and then, the site administrators will decide that a post should not scroll off into history (for example, an FAQ or an announcement post), so they will configure it to be permanently visible at the top: 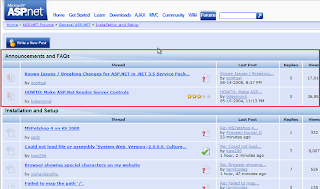 What's the verb for doing this? Had you asked me, I would have said that you were pinning the post to the top of the forum. To pin a post is a common enough term, which derives, obviously, from the idea of pinning something to a bulletin board.

A post thusly pinned is also said to be sticky. This is another fairly obvious derivation. The dictionaries I have immediately to hand don't list a definition for sticky that refers to a persistent idea or thought, but that usage is all over the Web, and certainly got a big boost from the book Made to Stick.[1]

So. Using the Magic of Language, you can combine the verbiness of pinning and the adjectiveness of sticky to come up with a new term. Yes you can, as evidenced in a quote from an article on Arstechnica:

I suggest reading our FAQs stickied at the top of the indexing forum to get some ideas of what to do.

There are a surprising number of hits for this term. I get around 370K on Bing, 450K on Google. Here's a great example:

Stickied threads are being unstickied!

It's hard to tell whether to sticky is actually used in any form but the participle; it's tricky to search for to sticky as a verb, because of the prevalence of phrases like [lead] to sticky [situations]. If you run across an example of the infinitive or present participle, I'd love to hear about it.


[1] I must say, the cover of that book, which illustrates a piece of duct tape, was brilliant.
Posted by WordzGuy at 8:21 AM