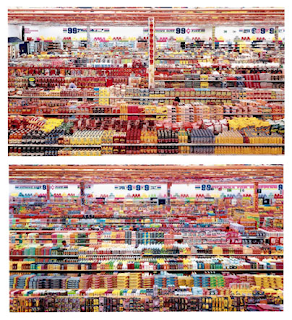 
I appreciate knolling for its aesthetic, and I aspire to becoming a knoller, tho this would not be evident from anything like, say, my desk. But at least I know a word for that thing I would like to do.
Posted by WordzGuy at 7:39 PM No comments:

A couple of times in the last week I've run across the term BYOD: Bring Your Own Device. In what looks like  the most common usage today, it refers to employees using their personal devices (smartphones, tablets) for work-related tasks.

It's not entirely new, but it's, you know, trending. Here's a sequence:


In the few minutes I spent looking, the earliest cite I could find was in 2004, in an academic paper titled simply BYOD: Bring Your Own Device. Significantly, this usage does not refer to the personal-in-corporate-settings usage that's common today. (The paper is about using personal devices to interact with public displays.)

The currently popular usage seems to have emerged in 2010 and broken big in 2011 and it's going way strong right now. If the actual trend it describes really takes hold and becomes mainstream, I suppose that the term might become obsolete, inasmuch as it will be as self-evident as BYOL (bring your own lunch), BYOC (bring your own clothes), and so on.

Update: Meant to add as a personal note that my wife originally got a smartphone precisely so that she could use an app that's helpful for her work. (She's in medicine.) In effect, BYOD was her reason to get the D at all.
Posted by WordzGuy at 8:43 AM No comments: