I can C you now

Had one of those moments. Yesterday evening my wife was looking at the cover of one of her nursing magazines, which had an article titled "Nurses in the C-Suite." "What does that mean?", she asked me. My articulate reply: "Huh?"

Then today I was glancing at someone's resume, which said this: "Highly effective external and internal communication from C-level to consumer." Same term, basically, twice within 24 hours. What the heck?

Apparently I've been out of touch with the terms C-suite and C-level. It's all over Google (> 1 million) hits, as if the evidence of seeing it on the cover of a magazine weren't enough evidence that it's widely known. Wikipedia has a nice explanation in its entry for Corporate title:

The highest level executives are usually called "C-level" or part of the "C-suite", referring to the 3-letter initials starting with "C" and ending with "O" (for "Chief __________ Officer"); the traditional offices are Chief Executive Officer (CEO), Chief Operations Officer (COO), and Chief Financial Officer (CFO). Chief administrative officer and Chief risk officer positions are often found in banking, insurance, and other financial services companies. Technology companies (including telecom and semi-conductor) tend to have a Chief Technology Officer (CTO), while companies with a strong Information Technology (IT) presence have a Chief Information Officer (CIO). In creative/design companies (such as film studios, a comics company or a web design company), there is sometimes a Chief Creative Officer (CCO), responsible for keeping the overall look and feel of different products, otherwise headed by different teams, constant throughout a brand.

I take a very small comfort that the terms C-level and C-office don't appear (yet) in general-purpose dictionaries (including the OED, as far as I can tell). The Investopedia site has a definition that refers to C-suite as "widely used slang." That seems right.

I'm curious how long the terms have been around; they seem widespread enough to seem pretty established. Paul McFedries finds a citation from 1997 for CxO (Chief [Whatever] Officer), and his entry (tho not the citation) talks about C-suite and C-level.

I tried a Google n-gram search, but the hyphen is treated as a token by itself and I don't know how to get around that just yet.

Anyway, there you go: one of those moments. A term (two terms) that I've apparently been surrounded by for a decade or more and would have sworn I'd never heard before. I suppose it's evidence that I my own self will not soon be achieving any sort of C-level.
Posted by WordzGuy at 10:32 AM 4 comments: 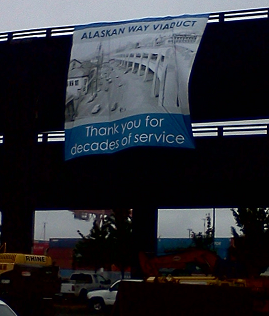 PS Should you not recognize the title of this entry, have a gander at this video.
Posted by WordzGuy at 10:12 AM No comments:

Just throw some text at it

This usage is not, I believe, the "up of completeness" -- eat up, drink it up. Rather, it's the "up" of "conjure [up]" -- whip (something) up, maybe even draw (a contract) up and make (something) up (?). There are subtle gradations of meaning here that might or might not all be the same.
Anyway, I like this a lot. Perhaps because there's been more than one time when I was indeed called upon to "word something up."
* And not just here; see also Fritinancy.
Posted by WordzGuy at 3:51 PM 2 comments:

Over on my main blog, I have a piece on how Dennis Ritchie's influential book The C Programming Language introduced the phrase "Hello, World" to represent the starting point for pretty much any learning experience. Check it out:
Dennis Ritchie, Technical Writer
Posted by WordzGuy at 10:23 AM No comments:

A friend of mine recently sent me email in which he said he'd been standing in an elevator with some young people who were talking about a "cohort party" and did I know what that was? Not me. To my surprise, searching around revealed many uses of cohort in casual ways that suggested people were familiar with the term:
And so on. But no actual definitions, as in "a cohort party is ...," really sprang out. My kids are college age and not un-hip; when I queried them, my son did note that he understood the term cohort in its, what, sociological sense: "a group of people having approximately the same age." But the term cohort party rang no bells with him.
I have to conclude two things. Thing one: I'm an old guy and the term cohort seems sort of quasi-technical to me (when I hear it, I think "academic paper"), but for younger people, it's a normal word that they're used to hearing in descriptions of their class/group/work unit. I asked Ben Zimmer about this whole thing, and he noted that he only started hearing cohort when he got to grad school, where it was used to describe what I might have termed his "graduating class." An n-gram for cohort provides a bit of evidence that use of the term has been rising since about 1970 or so:

Thing two is that a cohort party is nothing more than a party that your cohort -- your school class, whatever -- is throwing. And the reason that this seems strange to us oldsters is that cohort is just not a term we were brought up with.
If anyone knows something more specific than this, I'd sure love to hear it.
Posted by WordzGuy at 9:50 PM 1 comment: