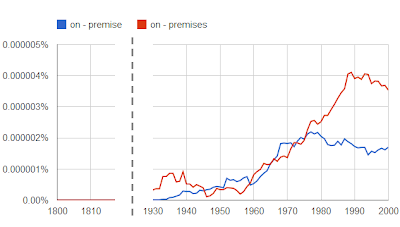 What do you think? Do you use and/or do you hear premise as a singular being used to refer to a facility or building?
Posted by WordzGuy at 8:49 AM 3 comments: