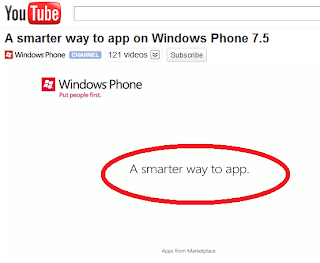 (Click here to see a 30-second video.)
The meaning they intend seems to be "a smarter way to use apps" as opposed to, say, "a smarter way to create apps." (Which would be a meaning that might have some traction in the group I work in.) Or I suppose you could interpret it as "a smarter way for us (Phone) to present apps to you (user)."
Certainly app has been established as a noun, and there was the interesting tussle earlier in 2011 when Apple sued Amazon over the trademark "App Store."
But I haven't till now seen app being used as a verb. Of course, this is marketing, and those folks are nothing if not playful with grammar.
Posted by WordzGuy at 7:38 AM 3 comments:

Now it's not just the Prius and its tricky plural. Nissan's electric car is the Leaf. Suppose you had two of them. They'd be ... Leaves? Leafs? June Casagrande thinks Leafs. So do I, and for the reason she mentions. (See my thots about the Prius.) You? 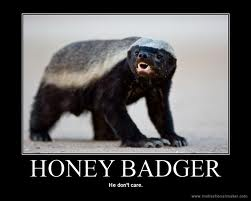 
1 As an aside, from an editorial perspective, the article is filled with cultural references and is too clever by half, as people say. Woe onto the non-English-as-first-language speaker (non-American?) who reads this. Entertaining, tho. :-)
Posted by WordzGuy at 7:03 AM 1 comment: