Something amusing from an article in Buzzfeed about the new (so new it doesn't exist yet) Microsoft Surface, a.k.a. the new Microsoft tablet. It will come in two versions/sizes, of which the article says:


The bigger one will have air vents, because again, it's pretty much a laptop. A laptablet. Laptoplet. Tabtlop.

They're just funnin', but it does point out that we might end up needing a vocabulary item to cover devices that span computing-device categories that as of today are still relatively clear: phone > tablet > notebook > [desktop] computer. (Roughly.)

We already had the case of the netbook*, a portmanteau word (Internet+notebook) that was needed to describe a new class of computer. That term emerged with force when Asus released its Eee line.**  There was nervousness about using the word netbook generically, because Psion claimed a trademark. To get around this, people used terms like subnotebook or (from my work) small notebook PC (could that be more awkward? Sheesh). Or anyway they did till Psion was, um, persuaded to give up its trademark claims. It's not at all obvious (to me, anyway) why netbook should have become the accepted term, since it doesn't explicitly capture the defining characteristic of these devices, namely a small form factor. (And all laptop-class computers have had built-in network access, so that's not a distinguishing feature.)

The term tablet covers the class of computers that are exemplified by the Apple iPad; they differ from notebook/netbook computers in that they do not have a keyboard, which they do not need, of course, because their screens are touch-enabled. (An earlier term for such a device was a slate.) We can reflect on the fact that while iPod has some small traction as a generic term for a digital-music player, Apple has not succeeded in making iPad, or even just pad, the generic term for this class of computer.

Microsoft's new offering combines a touch-enabled screen with a built-in keyboard. It would not have been surprising had Microsoft, following a corporate preference for appropriating generic terms ("Office", "Word", "Windows"), simply named the new computer the Microsoft Tablet. A headscratcher for Microsoft, though, is that the they've already used the word tablet to describe a somewhat different device: the Microsoft Tablet PC, released in 2002, that was a combination of laptop and pen-based computer. i.e., a laptop that had a screen you could write on with a stylus.

Possibly they didn't want to muddy those waters. Yet in using the name Surface, Microsoft in fact reuses a name they used starting in 2007 to refer to a computer where you can interact with a touch screen that's on a tabletop, so to speak. (This has since been renamed to Microsoft PixelSense; you can speculate that the word surface hadn't really become associated strongly enough with that computing platform to cause marketplace confusion, who knows.)

Such digressions. In any event, as the article points out, Microsoft might have given us reason to need a new word that covers the ever-shrinking gap between tablet computers and laptop computers. Or maybe not. As fast as the industry moves, a term will emerge soon enough if it's needed.

* A term that I cannot find in the online OED for some reason.

** I also cannot find a definitive story as to how the term netbook came to be.
Posted by WordzGuy at 8:57 AM 2 comments: Links to this post 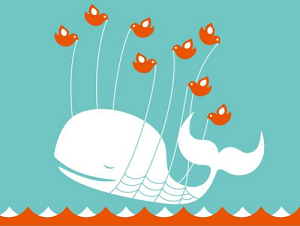 Posted by WordzGuy at 9:31 AM No comments: Links to this post